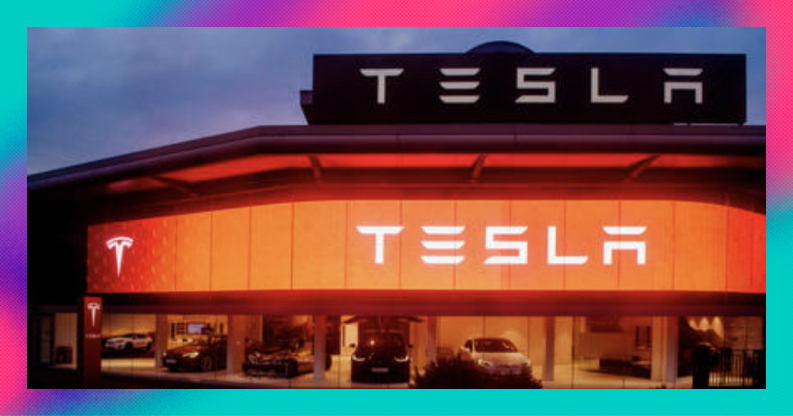 Bumble’s opening a cafe, Amazon’s got bookstores. Is retail getting resurrected?

The UK high street has been knocking on death’s door for a while now. Last year was a particular low point for bricks and mortar, as 17,500 British chain store outlets closed up shop for good.

Undeniably, the retail graveyard has seen a lot more caskets since the pandemic began. Covid was the final nail in the coffin for the companies that didn’t pivot, or couldn’t do so fast enough.

It’s not that we’ve all become finger-happy shoppers, enthralled by the experience of relentless scrolling and tab-flicking. It’s just that digital went from a convenience to a necessity.

UK footfall numbers reaffirm just that. When non-essential shops reopened back in April this year, physical retail sales shot up by 9.2% and online sales fell by 4.7%. Clothing, an industry that pioneered the shift to digital many years ago, saw bricks and mortar sales increase by 69%.

Clearly, there’s still value to the tactile experience. Seeing a product in person, rather than through a blue-lit screen, is a sensory pleasure. And try as virtual reality may, we still can’t touch and feel a product through a screen.

Digital can do a lot, but it can’t do it all. And if you’re looking for evidence of that, look no further than the digital natives now making a reverse foray into physical retail.

There’s something delightful to the senses about a bookshop. Maybe it’s the smell, or the shelves chock-full of colourful spines which pushes us to buy more books in one go than we’ve read in the past few years.

With over 353m products on the pages of its online marketplace, it’s hard to imagine Amazon had humble beginnings as a bookseller. But in 1994, the website was founded to sell books, and books only.

By 2015, the digital divinity realised the je ne sais quoi of bookselling just couldn’t be replicated online. Jennifer Cast, then-VP of Amazon Books said they wanted to integrate “the benefits of offline and online” by selling books in-store based on data from online customer ratings and sales. Judging a book by its cover is better done in person. And after years of its digital-only model, Amazon opened up its Seattle bookstore location.

Amazon has been expanding its retail fleet ever since. Amazon Go is a chain of automated convenience stores scattered across the UK and US, offering shoppers an experience similar to getting away with petty theft.

With no queues, and no checkouts counters, it uses geofencing technology to connect to your phone as you walk out the door. You’re automatically charged for your crisps and pop, without the swipe of a card or the tap of a phone.

Any ‘hassle’ Amazon claims to be alleviating with its Go stores is minimal. The real differentiating feature of these shops is the novelty they provide. And it turns out, unique customer experiences actually account for a fair bit of its top line. In 2019, Amazon’s retail locations brought in $17.2bn, accounting for nearly 11% of total revenue.

Bumble was buzzing when lockdowns hit the US in March of last year. Messages on the app surged by an average of 23% across some of the country’s biggest cities.

Covid managed to wash away some of online dating’s stigma and Bumble benefitted. Paying users grew by 30% to 2.8m, and app revenue increased by 141% to $113m in its first quarter. In

The app has differentiated itself by hammering home a woman-first narrative. CEO Whitney Herd’s goal in creating Bumble was to foster “a kinder, more accountable place”.

In an attempt to double down on that, Bumble’s opening Bumble Brew later this month. It’s a New York café and wine bar offering a safe space for first dates.

While Bumble has got its name on the building, Delicious Hospitality Group (DHG) is putting the food on the table. Its chefs will be whipping up a menu of ‘date friendly’ items for the restaurant. Sorry spaghetti lovers, you’re going to want to look elsewhere.

Bumble’s smart to partner with DHG. The app is sticking to what it knows (matchmaking) and leaving what it doesn’t (food) to the experts. But this is a particularly risky alley for the firm to venture down.

While creating a unique, in-person experience for its users makes sense, the issue is that Bumble won’t be able to have much involvement in how that experience goes down.

Sure, Bumble Brew can steer clear of any high-risk herbs likely to get stuck in your teeth. But aside from that, how much control does it really have over your date once you walk through the door? It can’t prevent you from getting catfished, nor can it provide a customer satisfaction guarantee.

And a repeat customer seems unlikely, which is never great news for recurring revenue. Because ultimately, there are two possible outcomes on a Bumble Brew date:

Whether or not the date is enjoyable will be a much greater reflection of the person sitting in front of you, rather than the atmosphere and food.

This brings about a critical point: physical retail experiences don’t need to be major moneymakers to still be valuable. Bumble Brew proves the firm puts its money where its mission is, by creating a space to help women feel safer when meeting a stranger.

Plus, real estate can serve as an effective, in-your-face brand awareness tool, albeit with a decent price tag.

In 2019, Elon Musk announced that by shutting down most Tesla stores, it could slash the price of its Model 3 electric vehicle by 6%. Cutting 3,150 employees, or 7% of its workforce, would enable Tesla to decrease the car’s cost by $7,900.

But then about $1.6bn worth of lease agreements got in the way of his plan, and Musk was only able to shut about half the number of stores he intended to. That meant only half of the supposed price savings were realised.

So red tape is likely the main reason Tesla still has a retail fleet, but it’s making the most of the hand it’s been dealt.

Tesla’s showrooms are a quintessential omnichannel sales experience. While you might think that the benefit of an automotive retail store is the ability to test drive a car, when it comes to Tesla, think again.

In most locations, Tesla legally can’t let you get behind the wheel because it isn’t a dealership per se. In an attempt to assuage any fears, Tesla instead offers a seven-day return policy on its cars.

It also has a pretty limited inventory on hand. If you decide you want to make a purchase on-site, the car will probably be shipped to your door. You also can’t pay in-store, but an employee can help you make the transaction on your phone.

What the Tesla showroom does do, is cultivate its brand image. It’s a space where you can imagine yourself in the front seat of a glamourous electrical vehicle. Again, it’s about the intangible.

And whether or not keeping the showrooms open was what Musk wanted, it’s clearly an element of a strategy that’s working. With most of its US showrooms open throughout the first quarter of the year, Tesla smashed expectations. It delivered 184,800 of its Model 3 and Model Y cars, breaking its own sales record.

And on the opposite end of the spectrum, even Primark proves that retail is still servicing a need. Snaking queues outside its doors goes to show customers are still excited about the process and thrill of shopping, especially if it means they can get their hands on a bargain.

The supposed retail apocalypse is not upon us. Retail in and of itself isn’t dead. Boring is.

What are your thoughts on the investment case behind digital companies diving into retail? Let us know on the community forum: