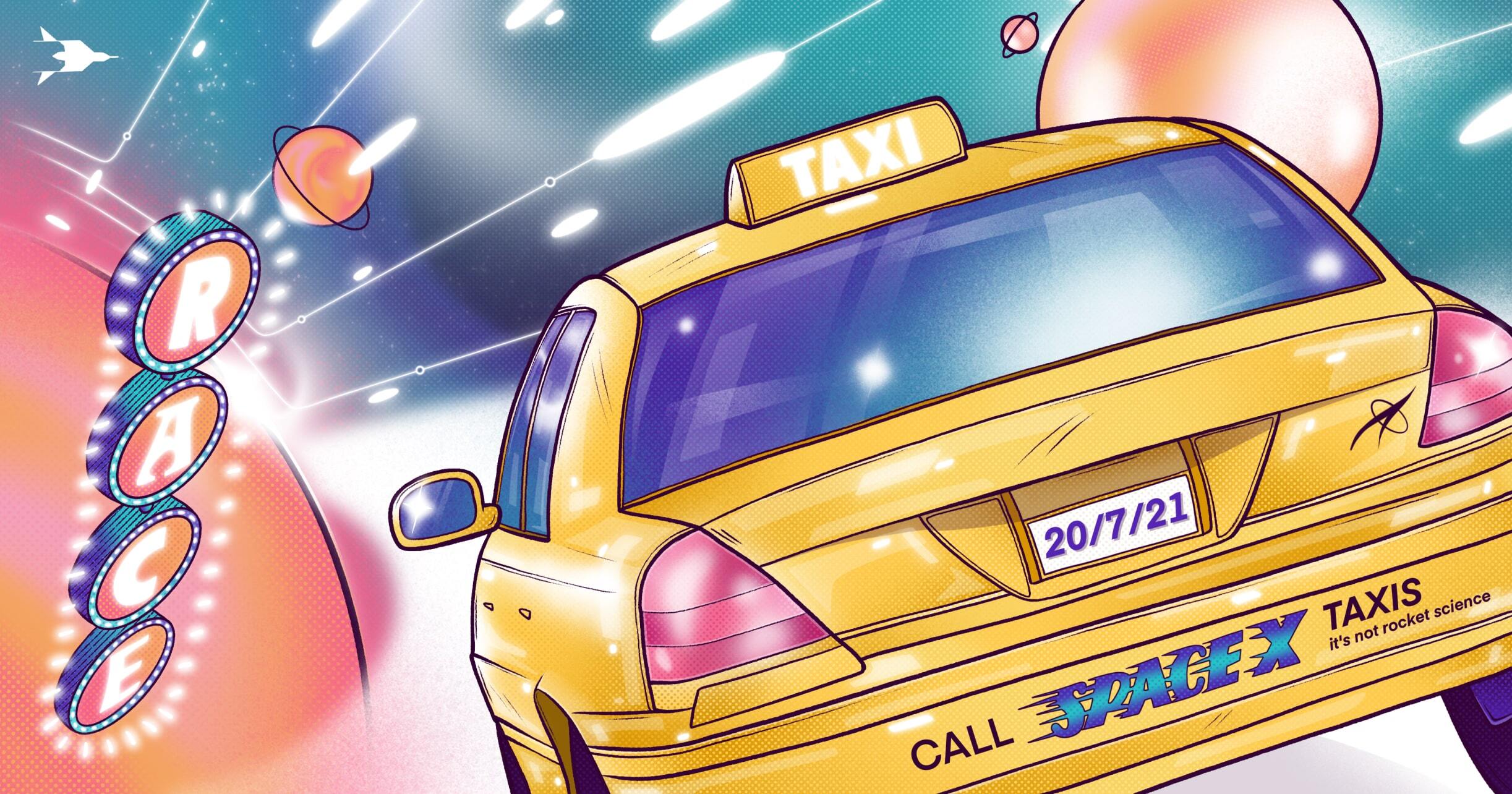 Space stocks are taking off but it may be wise to stick to the sidelines for now.

If you ever wander over to Trafalgar Square, the odds are you’ll find someone feeding the flocks of pigeons that gather around Nelson’s Column and the National Gallery.

One piece of bread will be tossed onto the pavement and all the birds will fly over and gobble it up. Then another will land somewhere else and there’ll be a mad rush to eat that one too. Eventually you end up with a large swarm of birds rushing back and forth across the square.

Watching the stock market over the past 18 months has been a bit similar. Not because fund managers are pigeons, which tend to think longer-term, but because there have been so many sudden surges in demand for stocks in certain industries.

After the corona-induced crash, there was a rush to buy tech companies. Then green energy stocks saw a huge rally. Pot stocks have also had some wild swings since the allegedly more weed-friendly Joe Biden was elected.

The overall trend seems to be that people are picking sectors which they perceive as still inchoate but likely to experience explosive growth. Once identified, they then rush to buy shares in any companies that are active in them.

This may be what is happening now with space stocks.

Richard Branson’s recent flight to the edge of earth highlighted this trend, even if it didn’t end up giving much of a boost to Virgin Galactic’s share price.

But there has been some interest brewing in the area for much of this year. Famous fund manager Cathie Wood made the most notable foray into the sector when she launched her ARKX space ETF back in March — one that, like all US ETFs, is inaccessible to nearly all UK investors for regulatory reasons.

There has also been a wave of space SPACs coming to market and acquiring businesses that are aiming towards the heavens.

Astra, a rocket maker, has already merged with a SPAC called Holicity. Similar firms, such as Rocket Lab and Momentus, are on course to do the same, although the latter is now facing some legal problems.

The UK is also getting in on the action, with the Seraphim Space Investment Trust holding its IPO this week. Seraphim says its investments will focus on “the fusion of space technology and terrestrial applications.”

They’ll also charge you a performance fee of 15% on any returns they make above 8%. But hey, it’s space and that’s just the price you pay for having your money managed by a company named after multi-winged celestial beings.

Focus on the business, not the hype

Joking aside, it’s genuinely hard not to want most of these companies or funds to succeed.

There’s something about space that makes us feel a sense of joy, wonder and adventure. More than half a century later, it’s still amazing to think of Yuri Gagarin launching into space or Neil Armstrong taking his giant leap for mankind.

Sadly our job as investors is to try and find companies that are more likely to make us money than not, so we can’t just pick stocks because they sound cool and are making lots of headlines.

And saying you want to invest in ‘space’ isn’t necessarily the best place to start.

There are so many different companies in the sector that it’s almost like saying you want to invest in earth — it doesn’t narrow things down much.

Both of the ecommerce giants are involved with things like satellites, as are some of the companies in the 3D printer ETF. But these are not exactly the sort of rocket-launching, astronaut suit-producing businesses that come to mind when you think about space.

Seraphim’s efforts are a little more interesting in this regard. Although the trust has a broad remit, a large chunk of its investments are in firms that use satellites to produce different types of data.

More importantly, those companies are not vast corporations with only a peripheral connection to working in space. Instead they’re focused almost exclusively on it.

There are also lots of companies in the arms industry that are making moves towards the stars. Raytheon and Northrop Grumman are just some of the large military contractors trying to build a mix of weaponry and intelligence equipment using space technology.

Aside from the huge range of investment opportunities out there, we do also have to remember that it’s still early days for many of the firms that want to launch satellites into orbit or take a bunch of millionaires above the clouds to experience zero gravity.

Branson’s Virgin Galactic is a prime example of this. The company was founded in 2004 but has never turned a profit and hasn’t managed to achieve its goal of taking regular people, if its multimillionaire prospective customers can be described as ‘regular’, into space.

This is not to dunk on Branson or say that his firm isn’t going to succeed. It’s just that, from an investment point of view, there isn’t much to go on.

The same is equally true of companies like Rocket Lab and Astra. They may be doing incredible things but it’s hard to find anything which would make you think they’re investment-worthy today.

As we wrote not too long ago, market bubbles driven by speculation can be good for human beings as a whole. They provide funding to a huge range of businesses, allowing for the sifting of the good from the bad and the development of new technologies that benefit us all.

The paradox is they’re usually bad for investors. People forget that for every Amazon, there are thousands of failures. And figuring out which business is going to be the one that succeeds is extremely hard to do.

The best option is not to get swept up in any euphoria and instead to wait a while and see what happens. It’s better to buy into a company that’s still got plenty of room for growth but has proven itself than to take a wild punt on a business you have a hunch may do well.

More importantly, don’t swap basic analysis — like whether or not a company makes a profit — for wild predictions about the future. If you do then you can easily end up like one of those pigeons on Trafalgar Square, rushing from place to place in search of the next big thing.