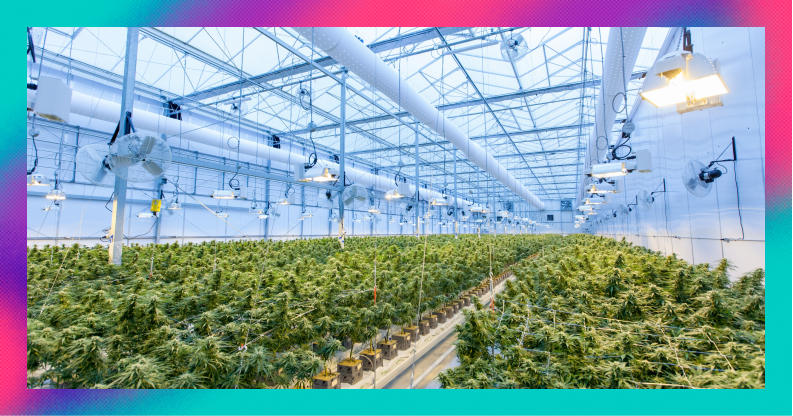 What’s in store for cannabis firms under Biden?

It’s a couple of years since Canada became just the second country, after Uruguay, to make cannabis legal across the board.

But while the country’s weed stocks soared initially, as investors eyed the opportunity set in Canada and predicted the same thing happening eventually across the G7, that momentum hasn’t really materialised.

Despite the initial flux of Canadian licensed producers leading the charge, the huge market growth market-watchers foresaw has spluttered almost to a halt, with early investors in those firms nursing quite big losses by now.

But there have been a few green shoots lately. Some of those same producers supplying Canada’s central stockpiles have seen a storming uptick in share price.

Tilray is up over 70% since the start of October, Canopy has roughly doubled over the same period and Aurora is up even more since the end of the month.

There are a few things at play here - vaccine news lifting all ships is one, and five more US states clearing cannabis for at least medical use is another.

But the factor everyone has jumped on is the prospect of Biden’s administration loosening US regulations as far as recreational marijuana goes.

It’s an easy link for those thus-far disappointed investors to make, but is it a case of confirmation bias clouding their view or does a Biden presidency genuinely clear the way for another bump in bud stocks?

The state(s) of play

The news of Arizona, Mississippi, Montana, New Jersey and South Dakota approving cannabis for at least medical but in most cases recreational use, seemed to get swallowed up amid the broader election press.

But while the votes added the states to the 33-strong group which already allow at least medical use, that doesn’t mean a federal (or country-wide) law is right round the corner.

And it’s the passing of a federal law that the sector’s proponents really need.‍

How likely is legalisation under Biden?

If you’d spoken to Biden 10 years ago you’d have got a response with the terms ‘gateway drug’ and ‘legalisation is a mistake’ but 2020 Joe has reversed course.

His current thoughts were laid out clearly in his campaign, “Vice President Biden does not believe anyone should be in jail simply for smoking or possessing marijuana. He supports decriminalizing marijuana and automatically expunging prior criminal records for marijuana possession.”

In fact, decriminalisation actually enjoys quite a bit of support from both sides of the house now but ‘decriminalise’ and ‘legalise’ are two different things.

Even under Biden’s current plans it would still remain a controlled substance at federal level.

So it might not be the pivotal point now, but America’s individual states showing their hand more and more could eventually force the government’s - that’s the view of Ryan McCreanor, founder of UK cannabis education firm Sativa Learning.

“There are now very few states without some sort of policy in place. If the majority have legalised cannabis in some form but it is still not recognised federally there’s a huge disconnect there. It could well be that a tipping point is approaching.”

The man, for the moment?

There’s also a difference in the rumours and rhetoric allowed to spread on the campaign trail and what actually makes it onto the President’s priority list.

And even then, the US system requires new legislation to run the senate gauntlet. Anyone who wanted a huge wall erected on the country’s southern border will know this.

So the election of Biden might not be the watershed moment some firms in the cannabis industry, and its investors, are predicting.

But the current mood is that they’d rather he was there than the last guy.

That recent market rise might just be a pent-up relief rally more than anything.

Whether it was borne of wishful thinking will be clear if it sustains momentum this time.

That’s the headline political angle but in my chat with McCreanor earlier this week, the previously British Columbia-based e-learning boss pointed to the challenges to growth still facing the large licensed producers:

“In Canada, you can’t market your product freely. There are strict rules around standard packaging and there still exists a stigma around it although that’s disappearing.

“Companies are finding it very difficult to differentiate their product from each other.”

That’s hard to achieve in a faceless, brandless sector.

One way McCreanor sees a solution playing out is in companies turning their hand to different product lines.

“Dried flowers, tinctures, edibles, beverages, concentrates - there are so many ways you can consume cannabis and its extracts. Zoning in on the end product they’re best at could be the route to success for many companies now, and the way to grow profits.

“In 10 years’ time, who knows if you will be smoking it or eating it?”

But is it all about North America? What about the opportunity set on the other side of the Atlantic?

The country’s projected sales of $267m this year dwarf all other nations sitting below the $50m mark.

Europe’s cannabis market is projected to grow to over $3.1bn by 2025, with nearly all of that medical use.

But even then that looks tiny beside the US where legal sales of medical and recreational cannabis are predicted to reach $35bn by 2025.

...and the likelihood of a Boris bud bump?

Among the main hurdles to more widespread adoption in the UK are the labyrinthine regulations very patient firms will need to navigate.

Some of these come as a blessing and a curse, as McCreanor explains, “CBD (cannabidiol) companies can’t make medical claims for their product even though most users are buying it for medical or wellness purposes.

“It’s classed as a ‘novel food’ which is arguably incorrect but if you want to license your product as a medicine you have to run long and costly clinical trials, so it’s a tricky position to be in.”

And while medical use of cannabis was legalised in the UK in 2018, only three NHS prescriptions have been written since, not counting often expensive private prescriptions.

A lot of work needs to be done in the professional, medical and legal worlds to drive overall adoption in the UK.

But McCreanor is staying positive, pointing to time and education being the two most powerful forces needed before a burgeoning industry takes hold on this side of the pond.

“Times are changing. Overall you’re seeing the dominoes starting to fall. We’re in the early stage of the bell curve and in my view it’s 100% about when the UK will legalise, not if.”

Let us know what you think about the investment case for cannabis companies on the community forum:

Pricing power: who actually has it?