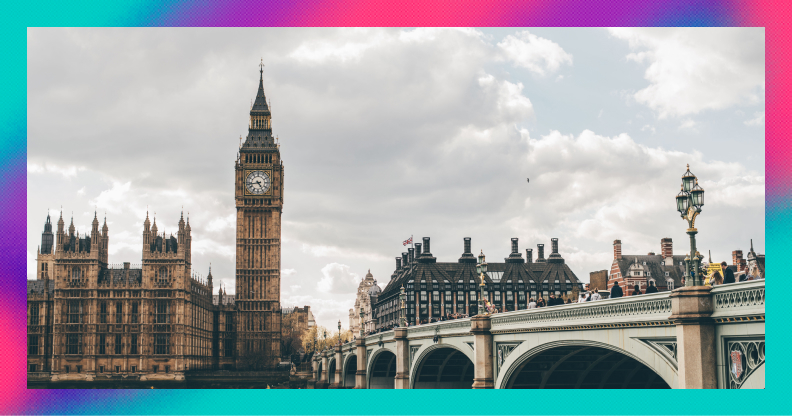 Housing and tax are centre stage for the Chancellor.

The Chancellor has a tricky task on Wednesday.

Rishi Sunak became the face of measures taken to alleviate lockdown-induced economic pain last year. But Eat Out to Help Out is a distant memory now and the Chancellor knows the government’s record borrowing figure of £270bn needs to be paid back.

The difficulty is that, while vaccine rollouts have provided a route out of lockdown, the economic impact is still very much upon us.

Wednesday’s Budget will see Sunak walk the tax tightrope, trying to restore the government coffers on one hand, and manage the end of furlough and the employment market on the other.

A few curiously well-timed ‘suggestions’ appearing in the press over the weekend (as is usually the way with Budgets) have narrowed the scope of what we should be thinking about as we edge towards Sunak’s speech at lunchtime tomorrow.

Here are five things to keep your eye on.

Last year’s stamp duty holiday not only stopped the property market from grinding to a halt, it put search volumes on Rightmove through the roof and boosted house prices particularly in December.

But even then, Nationwide chief economist Robert Gardner was urging caution. He said, “Housing market activity is likely to slow in the coming quarters, perhaps sharply, if the labour market weakens as most analysts expect, especially once the stamp duty holiday expires.”

To combat the March cliff edge, there are reports the Chancellor could extend the scheme by up to three months.

The government’s Help to Buy scheme is also due to change, bringing in restrictions to first-time buyers only. But picking up the slack might just be a government mortgage guarantee scheme offering 95% mortgages for houses worth up to £600,000.

Investors gave the nation’s house builders, including Taylor Wimpey and Barratt Developments, a lift in anticipation of the announcement.‍

Last month the Office for National Statistics (ONS) reported UK unemployment hit 5.1% in December, up from 5% in November and 4.9% in October. That’s a five-year high that saw over 1.7m people out of work in the final quarter of 2020, up from 454,000 a year earlier.

And it’s young people bearing the brunt, with nearly 60% of the fall coming from those in the under-25 age bracket.

The ONS said there were signs of better figures coming through during the past couple of months but furlough still might be masking the real picture. Jobs hanging on by the furlough thread threaten to boost unemployment when the scheme ends.

Some reports are suggesting Sunak will extend the job support scheme until the end of June. That's just over a week after the nation hopes final lockdown restrictions are lifted.

He could also extend the £20 Universal Credit top up for six months, on advice from MPs and charities to support low earners through the pandemic.

A measure already circulating but which became more pronounced over the weekend is a potential hike in corporation tax.

In order to rake back some of the money pumped into the economy, the Chancellor could phase in raises to the current 19% rate over the next few years. The rumour mill predicts that trajectory will bring rates up to 25% over four years.

That might alarm investors but even at those levels the UK would still sit below current rates in France, Germany and the US and just ahead of the OECD average of almost 23%. And it could bring in up to £12bn for the Treasury.

The Chancellor is supposedly set to freeze the pension Lifetime Allowance for the rest of this parliament.

That means the total amount you can pay into a pension and still get tax relief (£1,073,100 currently) won’t budge.

It’s unlikely to cause uproar as it will only affect a small portion of the country and could bring in £250m as a result.

This measure is looking increasingly likely, as it could be a simple win, only affecting the nation’s top earners and potentially shifting the perception that the government favours the rich at the expense of low earners.

Last year, the Chancellor began to set our expectations by ordering a review of capital gains tax (CGT).

The Office of Tax Simplification reported the current rules were ‘counter intuitive’ and created ‘odd incentives’ as CGT is taxed at a lower rate than income.

If CGT is raised in line with income tax, the Treasury could bring in up to £14bn annually. Those who could be affected include property owners and those investing in the stock market outside of a tax-efficient wrapper like an stocks and shares ISA or a SIPP account.

If nothing else, it comes as a good reminder of why we use these accounts. With around a month left of the current tax year, it is worth making sure you’ve used your tax-efficient allowances in a way that suits you.

Are these the 10 best NFT stocks?