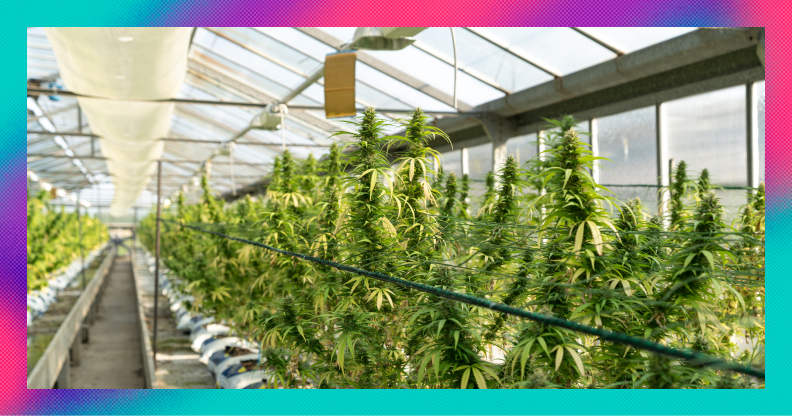 Tilray & co are back in the weeds.

It was a short-lived high for most of the big names in cannabis last week.

Shares in Canada-based Tilray, had more than doubled by Wednesday, with strong performance from sector pals Aphria, Aurora, Cronos and Canopy Growth.

But, by the weekend, the excitement had petered out completely. Most of the highflyers had come right back down to earth, leaving investors scratching their heads over the wild week.

Of all the individual company narratives behind the share price hikes, Tilray's seemed the most reasonable.

The market piled into the company as enthusiasm built over the firm’s plans to export medical cannabis to the UK.

Having announced its merger with Aphria, Tilray is now set to become the world’s biggest weed company and says it fully expects to supply the UK medical market by March.

As the market digests the prospects for the new firm, and the possible competitive bump the scale gives it, both companies have seen an uptick in share price since the start of the year.

And Freetrade’s investors are certainly eyeing the opportunity too, sending both stocks high up the list of most popular buys on the platform last week.

The announcement-induced trading meant the company’s shares had more than six-bagged in 2021 but it wasn’t to last.

Consolidation in the space has the potential to allow firms to expand into select areas like CBD oil as well as the dispensary business. Importantly, there could be huge cost-efficiencies attached to mergers of this type too.

But that deal has been priced into shares since 3 February, so there was little movement in line with the peaks and troughs seen elsewhere.

So, tie-ups aside, what’s really behind such a big drive and reversal in investors’ minds?

The sector’s shares have gained momentum in 2021 as support for pro-cannabis legislation continues to grow, particularly in the US.

The industry was in the weeds for most of 2020 but the prospect of a Biden administration loosening US regulations on recreational marijuana breathed a bit of life back into firms’ prospects after the election.

But there might just be a completely external factor behind the sudden bounce in prices last week.

Discussions on weed stocks dominated the chat on r/WallStreetBets in the run up to the sector’s sudden hike. Three cannabis companies were among the top five most discussed firms on the forum according to data provider Quiver Quantitative.

Even now, cannabis is the third most popular industry mentioned, behind electric vehicles and cryptocurrency.

Whether those discussions prompted mass buying is less clear, although from comments like “Weedstocks, the new WSB darling” individual posters weren’t shy in sharing their intentions.

And there might just be a few hallmarks of the GameStop and silver short squeezes at play too. As of last week, Tilray’s short interest was equal to 22.5% of the shares available for trading, according to FactSet.

So, underdog-traders moving onto the weed sector, profit-takers banking gains after the Tilray-Aphria merger effect and investors hoping the merger spree spreads might all have a hand in last week’s drama.

On that last potential catalyst, it isn’t out of the ordinary for investors to think firms in the same sector often face the same problems and opportunities.

Boohoo shares fell when ASOS reported problems in its US division as investors predicted the same difficulties were round the corner.

And a string of takeovers in the UK pub space has sent shares higher as investors cross their fingers for another acquisition in the pipeline.

If cash-heavy cannabis firms want to develop their offerings, it might make sense to buy up the competition and hit the ground running, rather than begin work on what can be lengthy proprietary CBD production.

The outlook for weed stocks in 2021

Whatever the reason, ultimately investors staying put for the long haul face the hurdle of US federal legislation.

The news of Arizona, Mississippi, Montana, New Jersey and South Dakota approving cannabis for at least medical but in most cases recreational use, seemed to get swallowed up amid the broader election press last year.

But while the votes added the states to the 33-strong group which already allow medical use or more, that doesn’t mean a federal (or country-wide) law is right round the corner.

And it’s the passing of a federal law that the sector’s proponents really need.‍

Despite having quite an anti-weed stance in the past, Biden’s current thoughts were laid out clearly in his campaign, “Vice President Biden does not believe anyone should be in jail simply for smoking or possessing marijuana.

“He supports decriminalizing marijuana and automatically expunging prior criminal records for marijuana possession.”

In fact, decriminalisation actually enjoys quite a bit of support from both sides of the house now but ‘decriminalise’ and ‘legalise’ are two different things.

Even under Biden’s current plans it would still remain a controlled substance at federal level.

So it might not be the pivotal point now, but investors will hope America’s individual states showing their hand more and more could eventually force the government’s decision.

In the UK, the immediate challenges are less about government approval for recreational use and more about actually putting into practice current UK legislation says Ryan McCreanor, founder of cannabis e-learning platform Sativa Learning.

Despite medical use of cannabis being legalised in the UK in 2018, uptake has been "painfully slow" according to McCreanor. He says, "We have seen only a handful of NHS prescriptions made and a couple of thousand expensive private prescriptions issued."

Removing the stigma might have to be the first challenge facing any UK firms looking to replicate the success of their Canadian peers. Key to that will be getting medical professionals onside.

McCreanor explains, "Medical cannabis education among healthcare professionals remains lacking" which is likely to be stymying public perception of its use. Sativa Learning is currently working with the UK Medical Cannabis Clinicians Society to develop an online course for medical professionals to gain a better understanding of medical cannabis.

Let us know what you think about the investment case for the cannabis industry on the community forum: