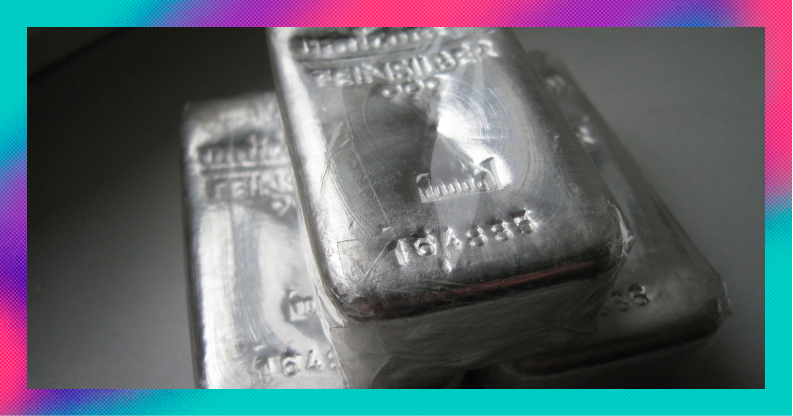 And what it means for the precious metal and GameStop.

Before we jump into today’s update, a short apology.

Last Friday our FX provider's bank made a sudden and unexpected decision to limit the volume of US orders significantly.

Our whole team spent the weekend working to fix the problem.

We’re carefully rolling this fix out today but there are still likely to be disruptions along the way.

While it’s not ideal to limit any orders, the decision to prioritise sells is driven by our principle to treat customers fairly.

We need to prioritise existing positions and those people who might want to exit them rather than allowing new positions to be created, potentially causing issues for all those already with a position.

And with that important notice out of the way, here’s today’s piece on short selling.

First they came for GameStop, now they’re after silver.

Redditors, Twitter users, Dave Portnoy fans and other netizens have been prowling the markets over the past couple of weeks, looking for assets that are being short sold by hedge funds and other investment companies.

A mixture of class warfare, get-rich-quick mania and lockdown boredom seems to be at play, with people mainly wanting to see the Wall Street suits get shafted.

But what is actually going on here?

What is short selling? How does it work? And most importantly, how does it mess with the hedge funds?

What is short selling?

Most investors buy stocks in the hope that they’ll go up in price. If they do, they can sell them for a profit. Simple.

An investor borrows shares in a company and then immediately sells them.

They hope the price goes down, so they can buy back those shares at a lower price.

Their profit is the difference between the price they initially sold the shares for and the price that they bought them back at.

So let’s say there was a company with shares trading at £100 a piece. You could…

Why would you short sell?

If you buy shares and believe they’ll go up, that’s probably because you think the company that you’ve bought into is going to do well.

You may think that a company is going to do badly or that its shares are overvalued.

Either way, you think that its shares are going to fall in value and so you use a short selling position to take advantage of that.

Why is it bad for the hedge funds?

Lots of the money being piled into GameStop at the moment seems to be driven by a hatred for the hedge funds shorting the stock.

There is a sense that these companies have been screwing up the economy and manipulating the markets - with no consequences other than tax-funded bailouts - for a long time now.

And the reason that buying up a stock that they have a big short position in can hurt them is because the more the price goes up, the more they stand to lose.

Just imagine our £100 share example. But instead of going down, the price goes up. So...

This is effectively what is happening to the hedge funds that have shorted GameStop — just on a much grander scale.

The amount of money a short seller stands to lose is, at least in theory, infinite.

The lowest a stock can go to is zero but it can rise in price continually. And the more it rises, the more the short seller loses.

This leaves the short seller with a couple of choices.

They can keep putting money down to keep their short position open in the hope that the share price will eventually fall.

Or they can buy back the shares and make a loss.

That second option is what characterises a short squeeze.

This is when the price of a stock that has been shorted heavily keeps rising.

The short sellers then feel pressured into buying back the stock they’ve shorted to reduce their losses.

In doing so, they end up pushing up the price of the stock even more — the more demand there is for a stock, the more it’s going to cost.

GameStop may have captured the headlines last week but silver is also being targeted, with investors pumping money into the precious metal and pushing up its price massively on Monday morning.

There is a genuine investment case to be made for silver. We may be about to enter a period of high inflation and wider economic uncertainty. Those are things that have drawn investors to precious metals for thousands of years.

But if people are just buying into silver because they’re looking to exact vengeance on Wall Street then that’s a different matter. And it points to a wider problem with trying to make a quick buck on a short squeeze.

Once the short sellers are squeezed out of the market, you’ll have a lot of people holding what is likely to be a very high value stock or, in the case of silver, metal. Then what?

Well, the likelihood is that all the people who have been buying into the asset are going to want to convert their paper holdings into real cash. And when that happens, we could see the market tank.

This is what happened in 2015 to a small biotech company called KaloBios.

The firm was heavily shorted but, because of a short squeeze orchestrated by the so-called ‘pharma bro’ Martin Shkreli, the price rose from $0.44 to $45. This ultimately wiped out many of the shorters.

But it didn’t mean the company went on and thrived. It was a badly managed firm, with huge debts and no product.

Once the shorters had been squeezed out, shareholders sold off again. KaloBios shares were delisted shortly afterwards. This all happened very quickly. The whole process, from squeeze to delisting, took less than 2 months.

That should serve as a warning to anyone eager to leap into the meme market at the moment.

The driving force behind the short squeezes we’re seeing with GameStop, silver or AMC may be novel but the process itself is not.

Once the short sellers are out, people are going to want to sell. And when they do that, there could be mega losses for anyone left holding on to their shares.

Exciting as all of this may sound, investing should ultimately be about carefully managing risk and attempting to generate steady, long-term gains.

Obviously it can be appealing to try and get rich quick, particularly when there’s a David and Goliath-esque narrative surrounding it all.

But it’s generally better to avoid these sorts of frenzies and stick to simple investing rules.

These are just some of the things you’ll want to look at before investing.

And if you’re a bit lost and don’t know where to begin, our how to invest in stocks guide is a good place to start.

The Freetrade Invest Hub also has regular news and some explainers on what you can do to become a better investor. One of our recent pieces on managing market volatility is worth reading given the circumstances we find ourselves in.

In the meantime, stay safe and try to avoid the market madness. You may feel a little FOMO but you’ll likely be better off in the long-run.

We think investing should be open to everyone. It shouldn’t be complicated, and it shouldn’t cost the earth. Our stock trading app makes it simple for both beginners and experienced investors. And costs are low. You can buy and sell shares commission-free and take advantage of fractional shares (where you can buy part of a share).