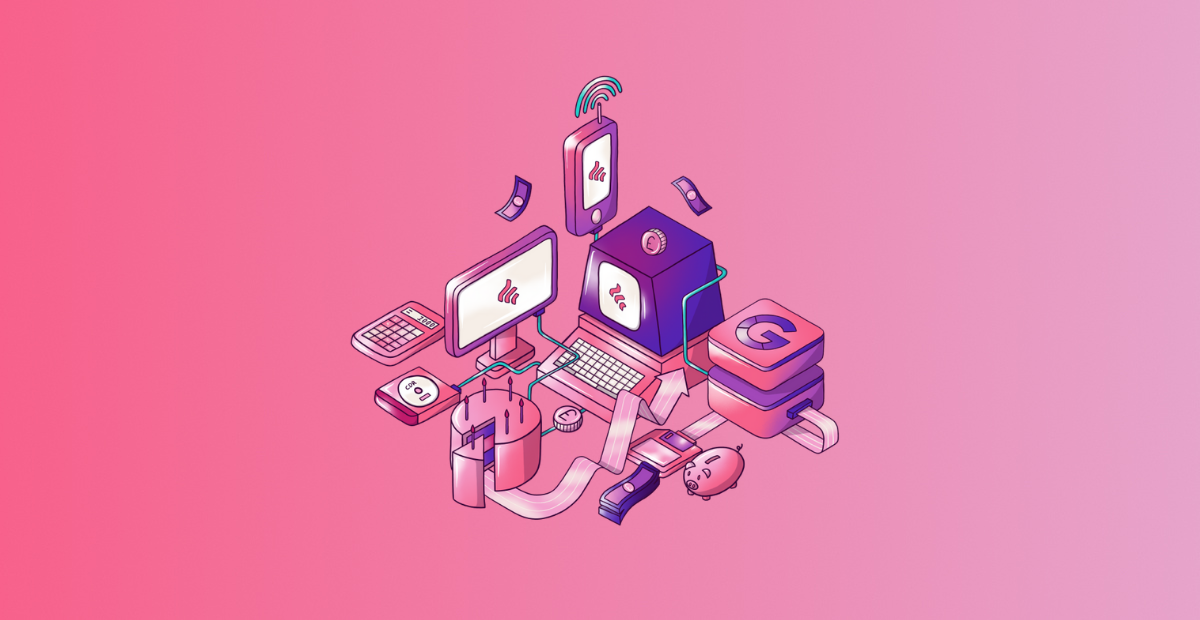 We look back at the big earnings reports this week.

Anyone who thought we weren’t in for another set of tech earnings fireworks (like us) was badly mistaken.

OK, FAANG was better. FAANGM lost some of its bite, and we’re not sure where pundits will go next with the acronym.

So we’re launching our own version, pronounced: “ah man”.

And not coincidentally, this neatly flows into a summing up of this week's earnings events, in reverse chronological order too.

It’s almost like we’ve put some thought into it.

Strip out all the headwinds, like exiting Russia and China’s lockdowns, and Apple would have grown at a double-digit clip.

Which, when you consider the firm was up against its iPhone 12 launch this time last year (iPhone sales grew 65% in Q1 2021), should be proof enough the world’s biggest company can still grow like a nipper.

But CEO Tim Cook poured cold water on some initial enthusiasm by quantifying the impact of ongoing supply chain challenges in China. The headline: factory closures will take $4-8bn off next quarter’s sales.

The challenge now is figuring out whether supply interruptions from lockdowns and other global issues will be temporary, a series of temporaries, or something more endemic.

If it's the former, Apple sales and profits should continue to grow nicely, but the latter and the iPhone maker faces permanently higher costs and lower profits. The choice is yours.

Suddenly the everything store almost looks normal. After a couple of years of superhuman growth, Amazon crossed the line with sales just 7% higher than last year. Cue headlines of “bleak outlook”, “sluggish growth” and the like.

But on closer inspection, it might not be as bad as the post-market drop in the shares suggests.

Firstly, Amazon was up against a 44% growth rate this time last year.

Secondly, all seems well in the company’s other growth engines. AWS chalked up a 37% growth rate. That might be the slowest growth of the major public cloud businesses, but it is the largest by some distance.

And Amazon’s ad business chipped in with 23% growth, beating Meta and Alphabet.

So the issue is with the core retail business, which flatlined. Not only that, Amazon’s selling operations are facing the same supply chain-related cost pressures as everyone else. This is weighing on overall profits for the firm.

For now, as it so often does, it comes down to valuation, and whether the stock price is baking in a growth rate that Amazon can actually achieve.

Although Amazon has a history of growing faster for longer than expected, at some point, the firm will mature. Time will tell how long history will keep repeating.

Meta’s share price jump yesterday was more a relief rally than anything else. The core advertising business grew 7% and some heavy cost constraints juiced the bottom line nicely.

It was a timely reminder for investors that, metaverse or no metaverse, the platform’s business is holding up through a series of self-inflicted restructuring pains.

By now everyone knows Meta’s ambitious metaverse goals. We also know what the market thinks of them.

Meta’s stock price more than halved from its September 2021 peak.

But perhaps it’s time to reassess.

Instead of being seen as a dying ad business outcompeted by TikTok et al, and a costly endeavour into the unknown virtual world, maybe Meta is actually a profitable growing ad business with an enormous opportunity to change the world as we know it.

Successful tech investing is about backing change. We aren’t yet sure what the future holds for the metaverse, but it often doesn’t take much to flip a negative narrative on its head.

Maybe trite to say, but there’s nothing to see here. Or perhaps not too much to worry about, that is.

Microsoft’s business is humming. The only real question is when will it slow?

There are no obvious signs this is imminent and the stock’s valuation suggests that’s a widely shared view.

So investors will have to be hyper-vigilant to spot any signs of that slowdown coming, while also deciding whether this is discounted or not, depending on share price movements.

It was a mixed bag from Google’s parent Alphabet. A few cracks started to emerge in previous quarterly results but strength from the firm’s core search business allowed investors to gloss over some of the possibly worrying signs.

But this was one quarter too many as YouTube ‘missed’ expectations again. Only now the blame is being pointed squarely at TikTok.

And somehow this sort of made it feel real for investors. Like receiving bad news from the doctor, Alphabet can’t just ignore the symptoms anymore.

But search did what search does, and grew north of 20% for the quarter. We’ve lost count of the number of quarters Alphabet’s search business has grown at or near 20%, but it’s a lot.

Other parts of Alphabet were also strong, with the firm’s cloud business maintaining its impressive 44% growth rate.

YouTube has gone from a growth engine bigger than Netflix to a slower growth business being eaten alive by TikTok. And in doing so has placed itself firmly at the forefront of investors’ minds.

Whether YouTube can reaccelerate will be crucial in the upcoming quarters for Alphabet’s stock price.

We finish where it all started, with poor old Netflix. We’re not sure if Netflix has growing pains or the aches of the elderly. Either way, for shareholders, the pain might feel pretty acute.

The stock price is back at 2017 levels which is tempting for fans of the business. But the problem is that doesn’t necessarily make it cheaper.

The firm's prospects have probably worsened. Growth has slowed quite dramatically and way before anyone would have expected.

And to counter this management is doubling down on spending to get subscribers back in.

The really painful part is that it feels like it was all quite predictable.

Netflix saw a massive pull forward in subscriber growth during the pandemic which was never likely to be sustainable. And then there was the battalion of competition galloping over the hill armed and ready to battle for viewers.

But streaming isn’t going anywhere, and Netflix is embedded in our habits enough now to stick around long into the future.

Investors need to decide whether this is a temporary illness in its ultimate success or something more life-changing.

Retiring? How does £34k/year sound?

How to start investing

Top 10 stocks and shares ISA buys in July on Freetrade