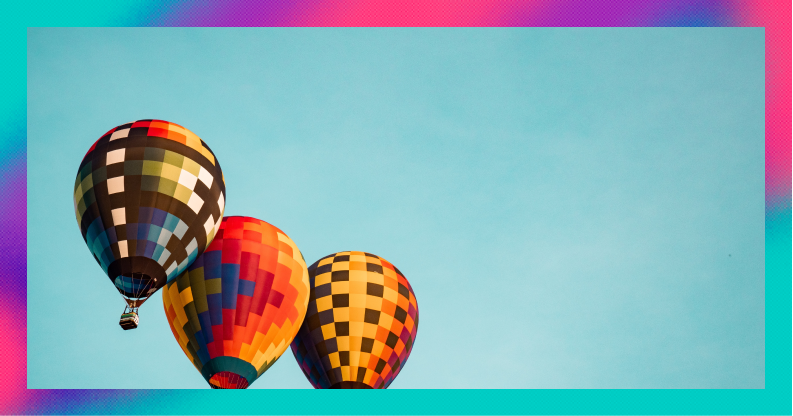 The two biggest investment themes of 2020 have been the dominance of tech stocks and the sudden dearth of UK dividends.

Market lows in March have proven the turning point, accelerating the tech trends we all saw taking hold and prompting terrified income payers to shut up shop.

It’s perhaps no surprise then, that the three most popular investment trusts among Freetrade investors typify both of those themes.

Here they are, with a bit of colour to help get to know their aims and the management teams behind them.

Don’t let the name fool you. There isn’t a whole lot of Scotland in James Anderson’s portfolio and even fewer connections to mortgages, except hopefully helping investors pay theirs.

Anderson took over management of what is now the largest investment trust in the world, in 2000.

Since then, he has aimed to discover high-growth potential companies with the ability to become market leaders.

These are often small companies yet to list on the stock market but, thanks to the ability of trusts to go off-piste, the manager has been able to buy into these private opportunities well before IPO stage.

With these ideas often carrying a bit of uncertainty as to when they’ll come to the public markets the trust’s permanent pool of capital, allowed by its closed-ended structure, has allowed Anderson to stay invested for the long term.

He aims to invest over a 5-10 year time horizon but is willing to keep hold of a company if he sees further growth ahead.

And, given that this focus has steered the trust largely towards the tech sector, it seems like anyone who’s anyone today has been in the portfolio at some point.

Tesla, Amazon, Alphabet and Netflix won’t surprise many but the likes of Pinduoduo, HelloFresh, NIO and Shopify might.

These are the types of early stage company Anderson is happy to hold, and are ones which need a manager with the confidence to stand out from the crowd.

Despite their polemic sizes and stages of life, all the above companies feature within the top 35 positions of the trust - a collection that makes up of over 80% of assets.

These are not nods to a developing investment theme, this is what real conviction looks like.

Anderson normally holds around 85 companies, with the top 10 firms getting a chunky weighting and newer companies receiving a smaller initial investment as a tester, which may lead to more if the manager sees good prospects ahead.

While his fund is an out-and-out tech trust, the lead manager doesn’t employ the same approach as Anderson when it comes to early-stage opportunities.

He explains, “We typically wait for companies and themes to hit critical inflection points where the hard work has already been done.

The aim here is to provide strong returns over time and remove some of the risks that come with early-stage investment, namely young firms struggling to turn a profit or overcome regulatory hurdles.

But this doesn’t mean waiting for companies to completely mature into huge growth giants.

Having taken over the trust in 2006, Rogoff says he has held more Apple shares than any investor in the UK since. It’s hard to imagine the firm was a market challenger once upon a time.

And while the software sector takes up over 20% of the trust’s holdings, the top 10 names read like a red carpet of tech high fliers. Facebook, NVIDIA and Netflix all feature, with Apple retaining top spot.

This isn’t a case of just amassing the obvious market darlings though.

Disruption is the name of the game for Rogoff and his seven-strong investment team.

For them, that means looking at the corporate landscape and understanding how companies are using technology to reinvent themselves in order to keep up with the likes of Amazon and Uber.

And while some investors are starting to rotate into more economically-sensitive companies as the likelihood of a vaccine roll-out ramps up, that doesn’t spell the end for tech, says Rogoff.

He explains, “The idea that the vaccine puts an end to the secular growth drivers that have been benefiting our sector for more than a decade is highly unlikely.

"Many of the things we’ve been excited about - e-commerce, payments, online advertising - existed well before the pandemic and I’m pretty confident in saying they’ll exist well after it’s over.”

In fact, comparing the current situation to the societal disruption of World War II, and the nation’s refusal to simply return to its pre-War way of life, Rogoff posits, “Change may even accelerate further after the pandemic is done.”

It’s often thrown around that consistency is key when it comes to dividends but 2020 has brought that into sharp focus.

Companies protecting the balance sheet after virus-induced share price hits in March meant dividend cuts all over the shop, and even a compulsory halt in the case of the UK’s banks.

So what do you do if those regular payments form part or all of your income?

Sadly, it’s a question many investors in the UK have been confronted with this year - holders of City of London less so.

That’s because the trust run by Job Curtis has managed to not only sustain its dividend but raise it for the 54th consecutive year.

It’s the longest record among the Association of Investment Companies’ (AIC) dividend heroes and one made possible by the income flexibility of the investment trust structure.

Trusts can put 15% of their income to one side in bumper years, so they can top up payments to their investors when the broader dividend landscape looks sparse [1].

2020 has been an opportunity for income-focused trust managers like Curtis to put their money where their mouths are.

And while these income reserves aren’t bottomless pits, it’s exactly what they’re there for. As a result, City of London has been able to raise its annual dividend by 2.2% this year.

The manager has steered the ship since 1991, exactly a century after the trust’s launch. In keeping with the trust’s focus on steady income, he looks specifically for UK companies with a demonstrable ability to sustain dividends and the prospect of long-term capital growth too.

The manager’s conservative approach means he won’t overpay for this growth and needs to see healthy balance sheets and strong cash generation before he invests.

That could be a reason why the trust sits at the top of the Freetrade trust table beside some racier peers. This year has shown just how little exposure the UK market has to the tech sector, especially when compared to US bourses.

The top names in the portfolio are a somewhat predictable blend of consumer defensives, which have served income-seekers well since record low rates forced them to climb the risk ladder into equities, banks and the odd healthcare or mining giant.

This mix, and the international spread of where these firms generate their revenues, could also add diversification to single-sector strategies like Polar Capital Technology, and Scottish Mortgage to a certain extent.

Let us know what you think these trusts on the community forum: