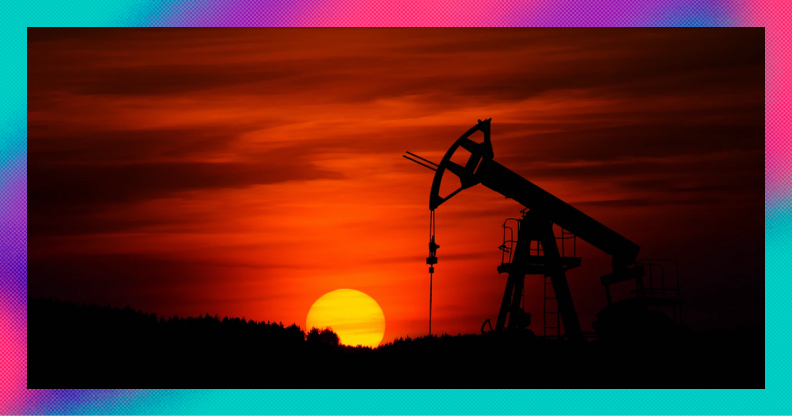 The oil company has to make serious changes if it wants to turn around a decade of misfortune.

It’s been a miserable 12 months for the oil industry.

A trade war among the major energy producing nations was already hurting prices at the start of last year.

And then the pandemic began.

As COVID-19 swept across the globe, energy usage tanked. So bad was the damage that oil prices were even trading at negative prices at one point in April.

From bad to worse

This series of events couldn’t have come at a worse time for Tullow Oil.

The London-based oil company was already in dire straits prior to the pandemic and the mixture of tanking prices and lower demand hit it hard.

In September, the group said it was at risk of default if it could not stump up a sufficient amount of cash by January.

Negotiations with creditors seem to still be ongoing, however, as the company issued a trading update on Wednesday saying that it had another month to get its finances together.

Tullow’s problems have been shrouded in the language of ‘liquidity shortfalls’, ‘redeterminations’ and ‘credit facilities’.

But the company’s issues are quite simple. It’s borrowed lots of money to finance projects that haven’t paid off.

As a result, it’s now struggling to continue operating properly as creditors become anxious about its ability to pay them back.

What has made this worse is that much of the debt the group has built up has been secured against its existing projects.

And because oil fields do eventually run dry, those assets have been depleting in value.

For instance, the firm had to write down assets in Kenya and Uganda this year by $941m. So in simple terms, Tullow had to admit that those assets were worth almost a billion dollars less than they had said they were.

That wasn’t a fluke incident either. The group had to write off $2.7bn worth of assets back in 2015.

Such large-scale write offs are, to be fair, not uncommon in the hydrocarbons sector.

Prospective projects often fail and oil prices, on which many asset valuations depend, can fluctuate unexpectedly.

But Tullow has been hit so many times by these things over the past decade that it’s hard to see the group as having been unlucky.

The company’s adventurism has not paid off. Projects across Africa, South America and Europe have all led to massive losses.

And shareholders have punished the company as a result. Once a blue chip stock, the group’s shares have lost almost 98% of their value over the past decade.

To try and turn things around, the group brought in Rahul Dhir as its new CEO back in July.

Tullow has said that it will be cutting staff numbers by 35%, selling off assets and investing heavily in its Ghanaian business.

It has also tried to convince shareholders that it will be able to generate $7bn in cash flows over the next decade.

But that prediction is based on oil averaging $55 a barrel or higher for most of this decade.

That’s possible but, given price volatility over the past couple of decades, it’s easy to see why some people might be sceptical about those claims.

Taking all of this into account, it’s pretty hard to see Tullow shares returning to the heady heights of the late 2000s, when they were trading at more than £10 a piece.

The group is sitting on a $2.4bn debt pile that it’s going to be hard to wriggle out of.

At the same time, it has got to convince investors that it can get its act together, stop wasting money on loss-making projects and start focusing on money making assets.

But even that may be slow to happen. When Tullow sold its Ugandan assets to French oil giant Total last year, it was the culmination of a years-long process.

And this doesn’t even take into account the macro conditions that Tullow is operating in.

True, the idea that we’re going to go green overnight is silly. But things like the UK government’s plans to scrap hydrocarbon-powered cars in 2030 aren’t going to work in oil companies’ favour.

None of this is to say that Tullow is dead-set to fail, just that it’s going to be a real struggle for the company to turn things around after years of debt build up and write offs. Dhir has a tough few years ahead of him.

Let us know what you think about Tullow Oil on the community forum: