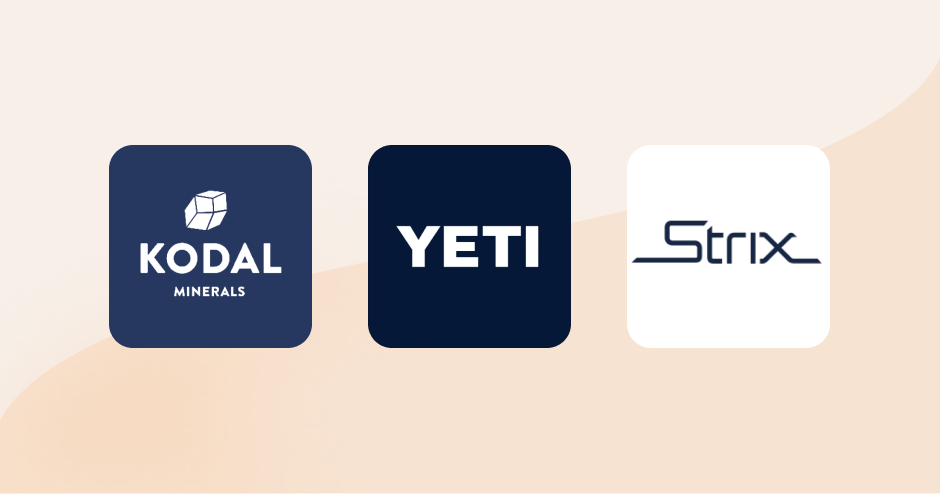 Small companies can gain huge audiences and even bigger expectations.

Small companies tend to reel in investors sooner or later. They attract big hopes of finding the next world-changing firm before everyone else.

That search comes with a considerable dollop of risk though. What if the firm never gets to release its product? What if it runs out of money or just never really takes off?

The small cap risk-reward balance is probably best demonstrated on AIM in the UK. Here you can see success stories like ASOS and Fever-Tree amid a sea of young and small firms eager to make it big too.

The difference between fortunes can be stark and the world of smaller companies brings with it a lot more volatility. There’s no such thing as a free lunch after all. If you are getting into stocks lower down the cap scale just keep in mind you’ll need the stomach for it.

Here are three small companies going through interesting times in their corporate lives.

It’s important to highlight that this is a snapshot of the companies’ businesses and the opportunities and challenges ahead of them. It’s not a suggestion or recommendation that you buy or sell any of the securities mentioned.

Our resource hub for investing in the stock market might be able to help make that mix a bit clearer for you. And if you are still unsure of how to pick investments, speak to a qualified financial advisor.

Resource companies are always a risky play, especially the small caps. They eat up capital and most spend their lives scouring defunkt mining sites in search of a deposit a bigger player missed.

It’s not often they end up uncovering an untapped and high quality resource, which is why they can stay an ‘explorer’ for years, much to the frustration of shareholders.

This isn’t to say Kodal has pulled off the impossible. But it is showing signs of success where many before it have stumbled.

Late last month, the company said, “The demand for lithium continues to exceed previous forecasts as the utilisation of lithium-ion batteries increases in the green energy solutions both on a large infrastructure scale as well as on the personal level through vehicles and personal devices.”

The flagship project is in the final stages of approval and everything is progressing as expected - that’s not something to take lightly in the mining world. All too often, digs get held up by bureaucracy, environmental impact assessments and even protests.

But investors seem to appreciate how hitch-free the journey has been so far. Shares have roared up the page over the past year and now sit almost 400% higher than this time 12 months ago.

That doesn’t mean the next year will bring the same sort of performance and it’s highly likely a lot of the perceived positivity in the project is baked into the share price by now.

But what investors might be overlooking is the firm’s diversification into gold.

It’s billed as the sideshow for now but drilling at its concession in the Ivory Coast has produced promising results.

Sifting through the jargon, that all sounds rather good.

Did coolboxes just get cool?

They’ve always been something we’ve just lugged to the beach but Yeti seems to be creating a new buzz around its high-end bags’n’boxes.

Maybe we’ve all been trying to squeeze in a sunny park lunch before the weather truly turns, or maybe we’re just feeling a bit more flush thanks to lockdown savings.

Whatever it is, it’s been boosting takings at the company.

A big contributor to that was the drinkware division. The Rambler range offers fairly pricey water bottles, coffee mugs and even wine tumblers fit for the outdoors.

Penny stocks and how to invest in them

How the firm transitions from here will be an important part in its history. In the UK, the household saving ratio (which shows the average percentage of disposable income that is saved) hit 19.9% in Q1 this year, slightly down on measures above 25% at the height of the pandemic.

As we re-emerge from lockdowns that ratio is likely to fall and Yeti will be hoping it can capitalise on that spending before those £35 coffee flasks start to look expensive again.

Offering a best-in-class range of products is likely to maintain at least a hardcore group of fans. While they’re geared towards being rugged enough to last your camping trip, that high quality inevitably bleeds into the wider zeitgeist.

It’s the reason smooth city streets are filled with Range Rovers, and teens on a night out wear Gore-Tex and North Face. Neither are testing the limits of the products but have become aspirational brands for the masses. Yeti appears to fall into that bucket.

Strix is a real back-to-basics firm. And its stock market ticker tells us a whole lot more about the business than its actual name.

The company makes kettle safety controls and water temperature management equipment and listed on AIM in 2017.

It’s worlds away from the high-flying tech firms grabbing the headlines over the past 18 months. But it serves as a good example of why investors don’t always need to explore the frontier of tech evolution for their investments.

Having acquired LAICA, a water purification & appliance firm, Strix now has an interest in producing the filters we store in the fridge door, as well as water bottles.

The big news recently has been around the company’s new factory in Guangzhou, China, which will double manufacturing capacity, and so double revenues over the next five years according to optimistic management.

Investors have cottoned on to the potential growth on offer, as well as the synergies that could be unlocked through the LAICA buy out. Shares are up nearly 40% in the past year and 165% over five years.

The result is a price-to-earnings (P/E) ratio in the mid 20s, which will seem expensive to some but could actually be quite fair given the near-term growth triggers the company is banking on.

Unusually, shareholders are treated to a 2% dividend too. Not a king’s ransom but certainly more than investors might have expected from a small firm working hard to fuel growth.

The investment case in companies like this is that the world needs kettles and it’s such a ubiquitous product that it probably won’t go out of fashion quickly.

The flipside is it’s hard to stand out in such an unexciting market. Strix tackles this by trying to be a dominant parts supplier rather than a marketing team trying to change the way we boil water.

Their new water filtration range might push them further into that arena though, and investors will need to keep an eye on just how much the acquisition actually adds to the core operation.

Learn how to make better investment decisions with our collection of guides. They explain in simple language how to start investing if you are a beginner, how to buy and sell shares and how dividends work. We’ve covered investment accounts too, and how an ISA or a SIPP could be good places to grow your investments over the long term. Download our iOS trading app or if you’re an Android user, download our Android trading app to get started investing.